The long-anticipated and much-dreaded time has come: The time to leave Kathmandu.

Ever since I arrived in Nepal, I’ve been very aware of how finite my time here was. I had only planned on a year, but found out after I arrived that a year wasn’t even possible. Most countries allow an indefinite stay on tourist visas provided you do visa runs to other countries to renew it. But in Nepal, it’s just five months per calendar year. So the maximum time you can spend with a tourist visa is ten months if you arrive in August. I arrived in September so nine months was all I got.

For awhile, I had the luxury of being able to pretend that I had as much time as anyone. It’s easy to say that nine months is a long time, or that even a year is a long time, but in truth it’s no time at all. Not when it comes to moving abroad and figuring all the associated stuff out.

I’m not entirely sure what the real purpose of this post is beyond an announcement that I’m moving on from Nepal, so I’ll share a few things.

Here’s the thing — for basically my entire life, I’ve been focused on leaving my current situation in search of something cooler, or more exciting, or just different. Even at ten years old growing up a stone’s throw away from the Ohio State University campus in Columbus, Ohio, I always knew that I never wanted to attend school there for the sole reason that it was too close to home.

By high school I had begun to set my sights internationally, but the exact form of that remained to be seen. I definitely wanted to leave Ohio, and then I left to attend school in Minnesota. Minnesota, however, turned out to be so similar to Ohio that I might as well have not even left.

A few months after college, I left for Nepal. And here’s the thing that changed — I’m very unhappy about leaving Nepal. For the first time ever, I was in a place that I didn’t want to leave. My time spent everywhere prior to Nepal was always spent with my mind far away. And despite my plans for the next several months (which I’ll share next), they’re still just the long way home.

So here’s what my feelings about leaving boil down to: It doesn’t feel fair. After all the shit that I’ve dealt with over the last nine months — food poisoning, scooter accidents, and police disputes to name a few things — I have to leave. I spent my first week basically sitting frightened in my room where every step out the door was an effort. At the end of that week I made a resolution to make Kathmandu my bitch. I was gonna figure this city out. And I didn’t mean just getting comfortable with it; I meant that I was gonna know this city. And I did. I know Kathmandu better than my hometown. But almost as soon as I got comfortable and confident, my goddamn visa expired with no hope of renewal, making departure my only option. I have big and exciting plans for what comes next, but that doesn’t make me happy to leave Kathmandu. I’d stay if I could.

So I suppose the point of this rant is to try to articulate exactly what I’ve been feeling over the past month. There’s been a lot of development. I don’t think I’m even close to the same person I was when I arrived, though I suspect those changes won’t become apparent until I return to the US. Some will be apparent in the travels to come.

But I won’t theorize on what those changes are right now. That won’t do any good. Instead, I’ll end this on a positive note as I always try to do with my posts. So here’s my highlight reel from Nepal — my top ten favorite photos that I managed to take over the last nine months. 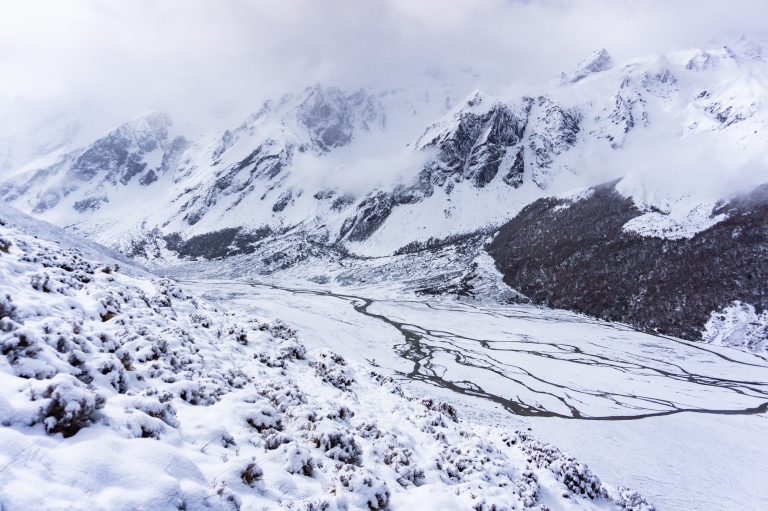 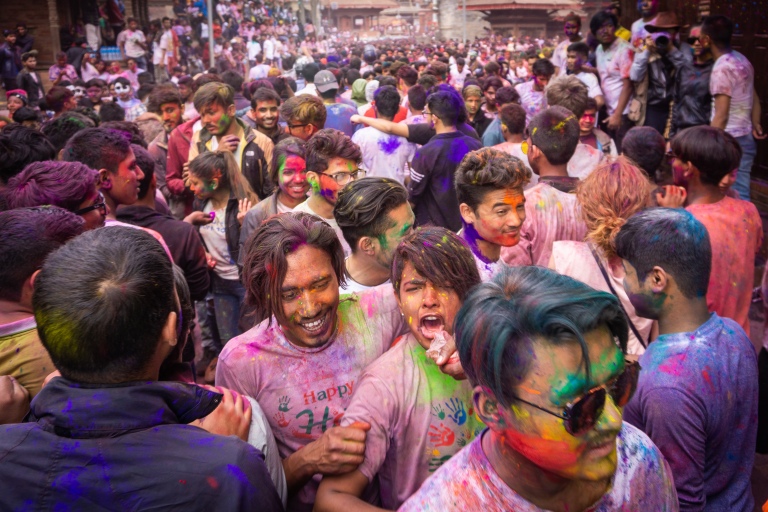 I’m coming back to this post in order to add this section. It’s a question that’s been on my mind a long time, and one that I’ve discussed at length with my friends and fellow expats. It’s been an ongoing conversation for months, often late into the night, and I’ve yet to find a good answer.

I’m a firm believer that cities have personalities that are as distinct and alive as the people who inhabit them. For many cities, it’s easy to perceive what that personality is. When I imagine places like New York, Paris, or Tokyo, I can almost visualize what the personification of those cities would look like. But with Kathmandu, I’ve been stumped on what makes up its personality.

But after literal months of discussion, the best I can say is that Kathmandu is a place for lost people to find themselves. I sense that it’s always been this way. Even when Nepal was first opened to foreigners in the late fifties, the first ones to come were the hippies — Western society’s outcasts. Ever since, much of the draw for Kathmandu lies in this mystical community of drifters and vagabonds.

Many of my friends came to Kathmandu without the intention to stay for long. Some came to trek. Some came for internships. Some came as students. But they all stayed for the same indistinguishable quality that I’m trying and possibly failing to articulate.

The conclusion that I came to with my friends is that Kathmandu is exactly what you need it to be. That’s why it’s a place for lost people. It means different things to different people, and remains in people’s hearts for different reasons.

For me, it was a proving ground. It’s definitely not the most difficult city to live in, even for someone like me who had never lived abroad before, but it’s nevertheless a font of daily microchallenges to overcome. It reminds me of those Kung Fu fighters who repeatedly batter and abuse their hands to get little tiny fractures in the bones that ultimately make them much stronger. Kathmandu is a place that is never overwhelming but also never allows you to relax. Over time you develop a mental callus, which is exactly what I needed. I think I said the phrase, “Nothing is easy” at least once a week if not more. But as time went on, happenings that were challenges at the beginning were nothing more than routine by the end.

So for me (and many others I imagine), it was a place to develop resilience and perspective. The community that causes so many drifters to stay awhile makes it all tolerable, and the city throws its next round of challenges at you. I’d be lying if I said I enjoyed every single day or even most of them, but in the end it was exactly what I needed. And that’s what Kathmandu is all about.

Just because I’m leaving Nepal, it doesn’t mean Standard Passenger is coming to an end. In fact, I think it’s about to get a whole lot more interesting. As if that’s even possible. It’s always been interesting. Right guys? Guys?

Anyway, here’s the plan for the next couple months. Two words: Silk Road.

I’m actually writing this post from my hostel in Beijing, China. I’ll catch up on everything before I leave again. But here’s the gist: I set a personal challenge that I have to beat. Back when I was still applying for English teaching jobs in random countries, I was also researching a potential trip to take from each location.

I had an offer in Algeria (that I actually accepted and later rescinded, but that’s another story), one in Georgia (the country, not the state), several scattered around China, and one in Tajikistan. After coming to Nepal, I decided to combine them all into one big trip.

So here’s the challenge: I have to get from Beijing all the way back to Europe without taking a plane. Trains, buses, cars, and boats are all fair game. I’ve got a route planned that is relatively safe and definitely doable, but there’s a lot of variables outside my control.

I’m starting in Beijing. I wanted to start from the actual coast of China in Shanghai, but there’s no embassies there. I’ll explain in a minute.

After Beijing, I’m getting on a train and heading to the far west of China to a region called Xinjiang. You might have seen Xinjiang in the news recently for concentration camps full of Uighur Muslims. I’ll write up a more detailed post about the situation later, but know now that it’s not a safe place.

I’ll finish my Xinjiang excursion in a city called Kashgar. There will be a few stops before then, but Kashgar is the ultimate goal. From there, I will cross the border out of China into Kyrgyzstan, a tiny mountain nation in Central Asia.

I’ll spend a few days in Kyrgyzstan before crossing the border again into Uzbekistan. I’ll be in Uzbekistan for awhile since it’s the place I’m most interested in. After Uzbekistan, I plan to go to Turkmenistan.

Turkmenistan is the reason I’m in Beijing. In order to apply for the visa, which is the most difficult in the world by some accounts, I have to go directly to a Turkmen embassy. There isn’t one in Kathmandu, but there’s one in Beijing. So here I am.

Then it’s a quick jump over to Tbilisi, Georgia, and that’s the end of my planning so far. I might get an impulse to go a little further to what’s indisputably “Europe,” but nothing is set in stone yet.

But now my itinerary is out there and I can’t back out. I’m nervous about every single stop on this trip until I get to Azerbaijan. Every border crossing is an unknown. There’s no information available, only intel. Hearsay and word-of-mouth. Hopefully I won’t hit any difficulties, but I’ve said it once and I’ll say it again:

The adventure doesn’t start until something goes wrong.