I stepped off the plane in Kathmandu after nearly 40 hours of travel just feeling relieved to be there. Getting my visa could not have been easier. There’s rows of kiosks in the very first room of the airport where you can just go and fill in your info. I must have looked confused at one point, because a customs agent walked over and took over for me.

“Do this…then this, then there. Ok, thank you.”

It took maybe 15 minutes to get a 90-day visa (for 100 USD). It probably would’ve taken even less if I weren’t behind a large tour group. I exchanged cash without an issue, got through security, got a prepaid taxi, and was off to my hostel.

Forgot to buy a SIM card, though. Whoops.

As my taxi zoomed through the dark streets of Kathmandu, I began to realize that I actually had no idea what Kathmandu looked like. Yeah, I’ve seen pictures of a few landmarks around the city. But as far as the city itself went, I was pretty unprepared.

The driver honked and veered through literal packs of wild dogs, wove around motorbikes, and switched between hi-beams, normal headlights, and no headlights at all like he was shifting gears. When we swerved off the main road, it immediately felt like we were off-roading as we surged down the narrow, mostly dark street. Eventually we came to my hostel, Durbar Guest House and I exited the taxi. My hosts came out with flashlights to find me, then led me down an alley to their door.

By this point, I was feeling a weird combination of exhaustion and anxiety. But the hosts could not have been nicer. There wasn’t a lot of English exchanged, but they showed me my room without an issue. They also only charged 1,750 Nepali Rupees (NRS), which is just a little more than 15 USD. I laid in bed for quite awhile, wondering what the hell I’d gotten myself into. Eventually though, fatigue won.

I woke with a start around 5:45am to the sounds of horns, dogs barking, and the general bustle of the street below me. I slept off and on for the next few hours, until it was time to check out. I had only one night at the hostel, and had to meet someone for breakfast. We agreed on a certain corner, and off I went.

Stepping out into the street, I was greeted with an entirely different city from the night before. Kathmandu (or rather Patan — Kathmandu is more of a catch-all term, but I’ll get into that later) is in-your-face crazy right from the get-go. A honk gives about a second’s notice before one or five motorbikes go zooming past, the mirrors sometimes nicking the edge of my jacket. Carrying a big backpack and duffel made me worried that I was going to be dropped by a motorbike just an inch too close, but no such misfortune occurred. Not yet, anyway.

Eventually I found my breakfast companion, and together we wandered down the narrow streets. Eventually she poked her head into a tiny restaurant, said something to the owner, and we sat down. I cannot overemphasize how tiny this place was. Me and my bags took up probably 25% of it. But we sat, and after just a few minutes both received plates loaded up with roti (a Nepali flatbread), curried chickpeas, and fried egg. We got some thick tea as well, which I forgot to take a picture of.

All this cost 250 NRS (2.18 USD), and it was good. My first Nepali meal was A-OK. Fingers crossed for no food poisoning — people always warned me about the street food. Whatever. I’m going to get sick here eventually so I may as well get it out of the way.

I dropped off my bags at the guest house I’m going to stay in for the next couple weeks while I find an apartment. I had the intention of going out and exploring, but I ended up sleeping instead.

After a couple hours, I wearily forced myself out of bed. I grabbed my camera and jumped out into the alley. It didn’t take long to get lost in the labyrinth that is Patan. That’s okay though. Patan is a cool place. I won’t even try to describe it yet because I haven’t figured out how to, so let me just show you. 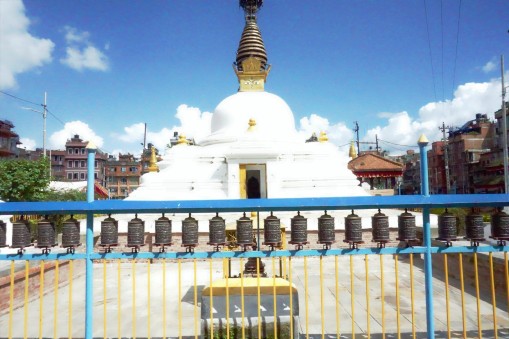 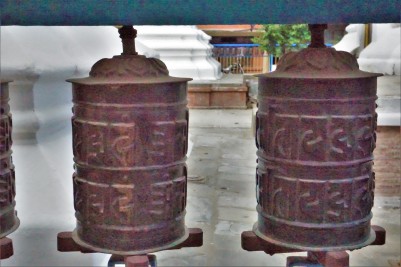 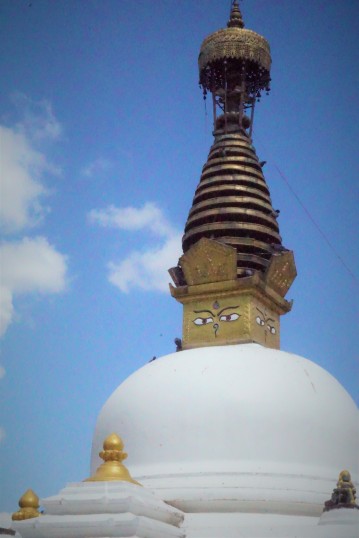 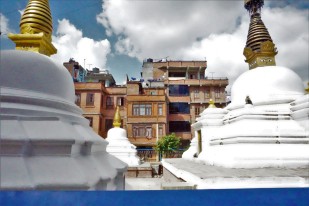 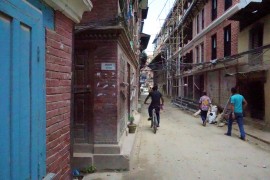 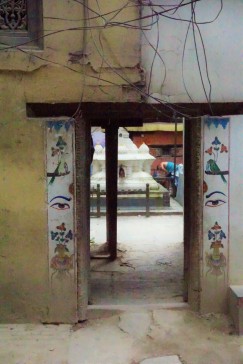 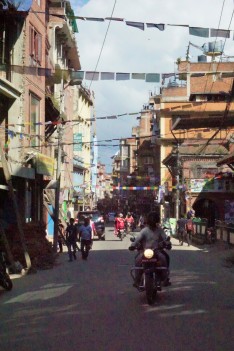 After a few hours, I was tired, overwhelmed, and soundly lost. The streets of Patan crank all the senses up to 100 in an instant, and I was pretty ready to head back. My first excursion into Patan was endlessly interesting, totally overwhelming, and nearly incident-free.