So there’s an app in Nepal called “Tootle.” It’s essentially Uber or Lyft — you just drop a pin on your location and where you want to go, and a nearby driver will come pick you up. There’s just one distinct difference — you get picked up on a scooter.

I took a Tootle tonight to view a house with a spare room in Lazimpat (a neighborhood in Kathmandu), which is only a few kilometers from Patan. But here’s a lesson I learned quickly — no matter how short the distance, Kathmandu will find a way to make it take at least three times longer than it should. The 5km drive from Patan Dhoka (the entrance to the old town of Patan and the end of a main bus route) to central Lazimpat normally should take about 15 minutes. I spent almost an hour on the back of my driver’s bike, snapping pics, breathing exhaust and feeling like I had sand in my mouth. And it was awesome.

Kathmandu traffic is, like much of South Asia, absolutely nuts. At first, we were making good time. Then almost as soon as we crossed the Bagmati Bridge and entered the city of Kathmandu, traffic ground to a halt. Policemen did their best to direct traffic. Roving bands of monkeys stared ominously from power lines overhead. Overcrowded buses and tuk tuks inched along, their unfortunate passengers hanging out the windows to stay cool. Meanwhile, my driver (and dozens of other scooters and motorcycles) rides the dividing line, dodging the odd side mirror from incoming cars. I continued to snap pictures, doing my best to remain upright whenever we would surge through a sudden gap in the traffic.

Here’s the best of what I got: 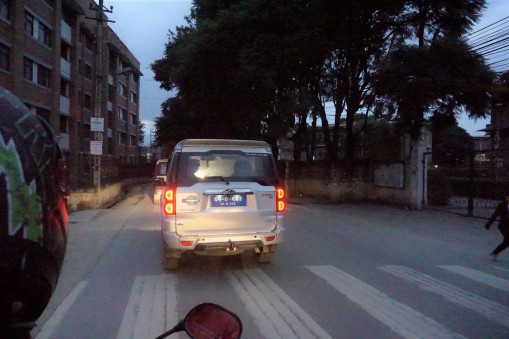 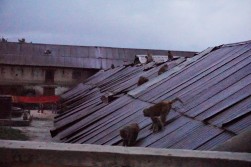 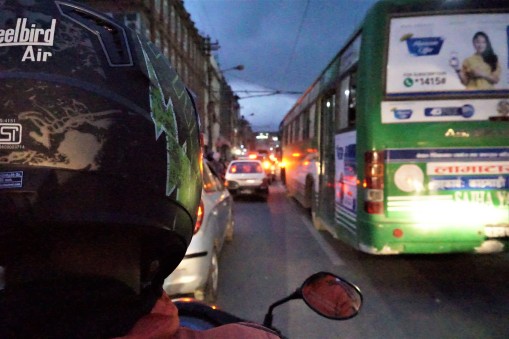 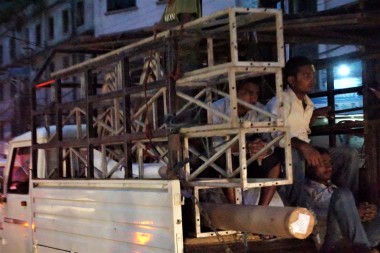 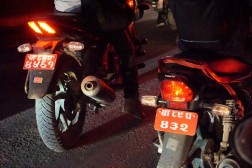 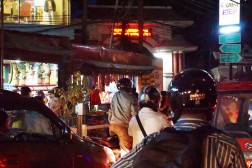 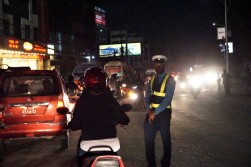 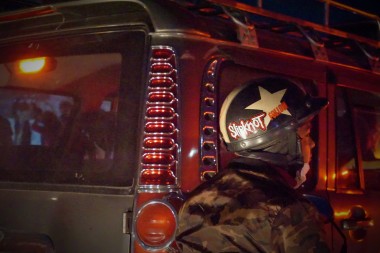 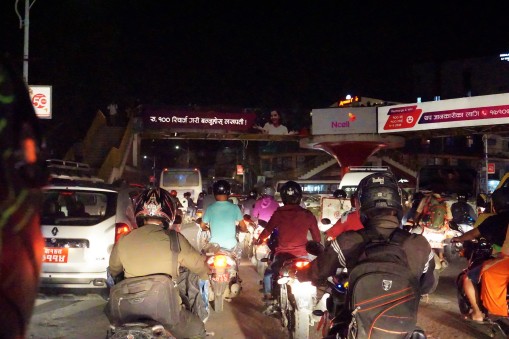 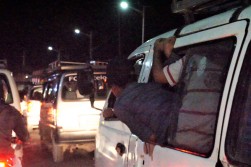 All in, the ride cost me just 155 NRS. So if you ever come to Kathmandu, absolutely use Tootle. I took a taxi back because Tootle only operates from 8am to 8pm, and the dude charged me 700 NRS (it should be like 300-400). So yeah.

Anyway, huge shout out to my driver Biswas for taking me through the absolute chaos of Kathmandu traffic, on what he described as one of the busiest nights he’s ever seen. 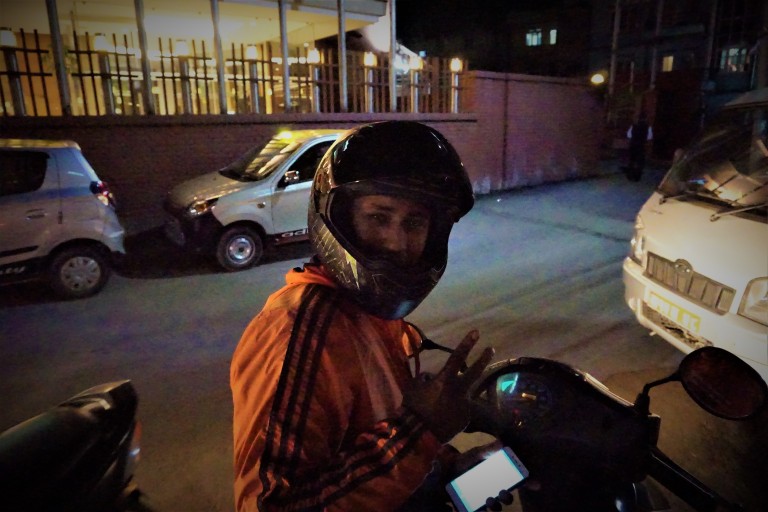