For the past couple weeks, I’ve been reconnecting with a friend whom I haven’t seen in nearly six years. We went to high school together and lost contact until I saw him posting on Instagram from Kathmandu. He’s been staying with an astonishingly well-connected family whose generosity has been a font of opportunity to experience this place. They helped my friend get set up for a couple days in a hotel outside Kathmandu during Tihar (Diwali). When they asked if I wanted to join, I jumped right in.

November may be peak season for trekking in Nepal, but it sure isn’t the peak for where we were. The Himalayan Horizon Hotel is nearly two hours outside Kathmandu, in a village called Dhulikhel. The valley was much too hazy to see any kind of Himalayan horizon, but occasionally the jagged peaks made an appearance above the clouds to remind us of what we could be seeing. We were told that the Himalayan Horizon was the favorite of the late King Birendra (who was killed in the 2001 massacre). Despite our disappointment in the view, the hotel was actually quite extravagant.

It was, however, completely deserted. There is a quote from my favorite movie, The Grand Budapest Hotel, that describes the situation eloquently:

“What few guests we were had quickly come
to recognize one another by sight as the
only living souls residing in the vast
establishment — although I do not
believe any acquaintance among our number
had proceeded beyond the polite nods we
exchanged as we passed in the Palm Court
and the Arabian Baths and onboard the
Colonnade Funicular. We were a very
reserved group, it seemed — and, without
exception, solitary”

There were a handful of guests who moved like ghosts through the empty halls. In addition to being the off-season, it was also Tihar, so many of the staff were not present either. What little staff were present went about their off-season duties in their own time; the desk manager bundled up in the open-air lobby; Akash, the lone bartender who became our friend; the waitress who knew all the wifi passwords.

On our first day, we changed into swimsuits and went down to the pool. We were told that it was heated. The two guys who tended the pool watched as we jumped into water that turned out to be one or two degrees above freezing. My friend decided to take advantage of the massage parlor instead, only to find its staff was home for Tihar.

We went back to our room to rethink our plans. There clearly wasn’t anything happening at the hotel that night, so we left on foot to catch the sunset from a nearby viewpoint. The road wound and turned its way up the mountain, angled precariously towards the steep drop-off. Occasionally we’d pass a house perched on the ridge, its concrete foundation extending dozens of meters below until it dug into the mountainside. Everyone we passed was very friendly, though it was easy to tell this wasn’t a place tourists typically go. Nonetheless, the residuals of tourists were here all the same. We took a portrait of an old man who asked to be paid for allowing us to take his picture. A girl no older than 10 asked to have her picture taken, and promptly asked for money as well. We just stopped taking pictures of people as we hiked up the road. 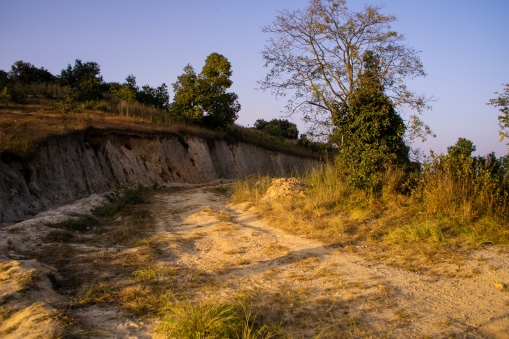 On the maps in the hotel lobby, Dhulikhel’s old town is marked in bold letters. We decided to make that our destination for the next day. Before embarking, we walked about 30 minutes up the road to a collection of buildings that supposedly contained one or two ATM’s. Neither worked, so we made the hike back down the road to the hotel and talked to the concierge about getting to the old town.

Alright, by car it is. We waited around for a taxi to arrive for us, hopped in, and off we went. The old town was in the same direction we just came from, and we recognized the buildings we had just walked from. No more than three minutes later, our taxi pulled over.

Definitely not far at all. We begrudgingly paid our taxi driver, then got out to walk around Dhulikhel. The old town reminded me a lot of Patan (my neighborhood) and the mountain villages we trekked through in the Annapurna region. The main road was lined with flat, gray stones that made up the courtyards below the old brick buildings. Narrow alleys shot off on both sides, packed with parked scooters and motorcycles. One such alley led to a staircase with a large temple at the top. From that temple, we could see a bit of the Himalayan horizon we were told so much about. Down the hill was the market we had really come to see. The market turned out to be a handful of tents on a street corner no more than 100 yards away from the broken ATM’s. The town itself was actually quite serene. 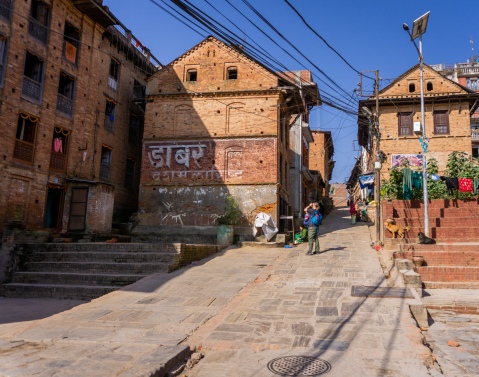 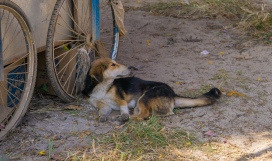 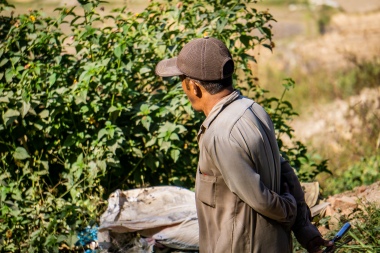 I’ll be honest — we were actually feeling a little disappointed in our spontaneous excursion. I don’t know what we expected, but we had to abandon our expectations. That’s been one thing I’ve had to learn here in Nepal — just leave your expectations at the door. If you arrive with some preconceived idea of what the place should be like, then there’s only two outcomes: You end up disappointed, or you get exactly what you were expecting (which is no fun anyway). It wasn’t until I pulled up my photos from Dhulikhel almost a week later to edit them that I actually felt like I was appreciating the place for what it was: a welcoming and beautiful place. At the temple we received a cheery welcome and kids in the market took turns posing for pictures. I also got one of the best jalebis yet in the market there, and any place with good jalebis automatically gets five stars from me.

So really, what good is it if you get exactly what you were expecting? Exploring the unknown is the whole point of travel. If you go halfway around the world and it’s exactly what you thought it’d be, there’s not much point, is there? But if you leave your expectations at the door and allow yourself to be picked up and swept away in the reality of the place — for better or for worse — you’ll come away a different person and with stories worth telling.

And isn’t that why we travel?