The rules of the game are simple: Walk until you no longer recognize your surroundings, walk a little further, take a few random turns for good measure, and then find your way back. No maps, no asking for directions.

I always do it when I’m in a new place. There’s no better way to learn your way around a place than to get lost in it. When I moved to Minneapolis for college, I would pick a new stop on the light rail every weekend. It was the same situation when I spent a few months in Iceland. Usually, once I’m in a place for two months, it starts to take some effort to get lost.

Patan makes it easy for me.

The goal for the night was to find somewhere I had never been before, during the day or night. I’ve been living in Patan for two months, so I wasn’t sure how successful I’d be. But it took maybe five minutes after leaving my apartment to get well and truly lost.

I was told on my first day in Nepal that the real Patan is in the narrow alleys, away from the bustle of Mangal Bazar and Durbar Square. Growing up in America, I was told that darkened alleys are typically places to be avoided; places where miscreants and scoundrels lurk. So when I moved into a neighborhood made exclusively from dark alleys, I never really got fully comfortable navigating it at night. So every time I passed an alley that I perceived as dangerous, I reminded myself that it was just my urban American upbringing making me imagine it, and that would be the next alley I walked down. I’m sure that one day, specifically walking to places that I perceive as sketchy will get me in trouble, but it was not this day.

Patan is one of the most ancient parts of Kathmandu, and Nepal as a whole. It’s been consistently inhabited since its official founding in 300 BC, and most historians agree that it was an established city for long before that point. The general consensus is that Patan may very well be the oldest city in the Kathmandu Valley by a long shot.

It’s not just that the real Patan is in the narrow alleys, hidden away within the community. The real Patan is a living, breathing, ancient organism. The deeper I ventured into Patan, the further back in time I felt I was going. Sure, the odd motorcycle going by might break the trance, but only for a moment. In the quiet, you really start to forget the present. Dogs bark, wind rustles through the trees and the chimes of temples, and old men laugh, sat in circles under a temple roof with flutes and drums. When I sat and listened, I felt like I was hearing what people have always heard here. There are very few places that so easily give such a tangible connection to the people who came before.

As I kept walking, I came to a large temple. I had never seen it before, and I’m not sure where to find it on a map. But it was alive with people. Men and women, young and old paid respects to the shrines by candlelight before removing their shoes and waiting in line to enter the largest shrine.

To enter the temple complex, I had to pass through a small stone gate (as did everyone else). Passing through that gate was another doorway further back into Patan’s history. The thing I love about Patan (and Nepal in general) is the ancient spirituality that permeates everything. It’s ancient, but it’s not in the past. Knockoff Nikes carry devotees across the smooth, worn-down bricks; the same footsteps people have been taking for the thousands of years the temple has stood. 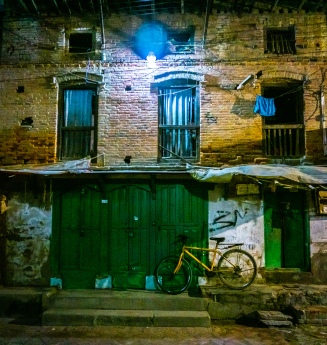 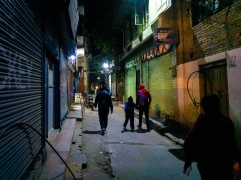 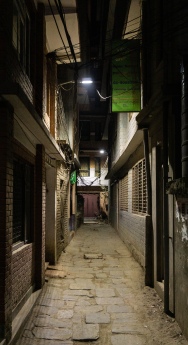 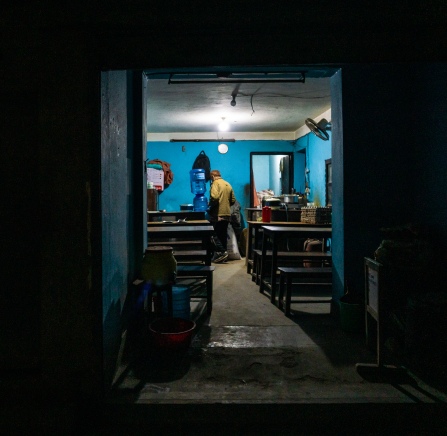 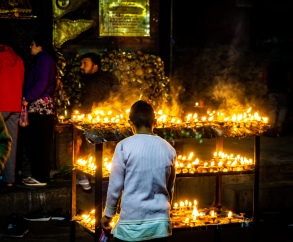 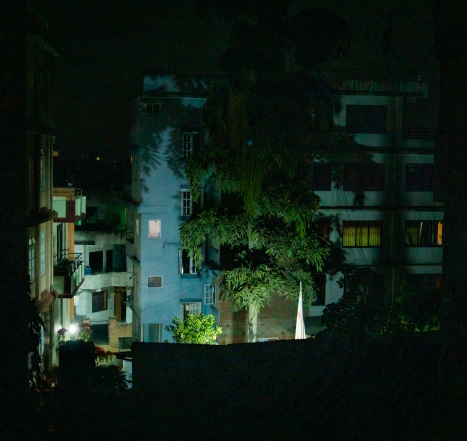 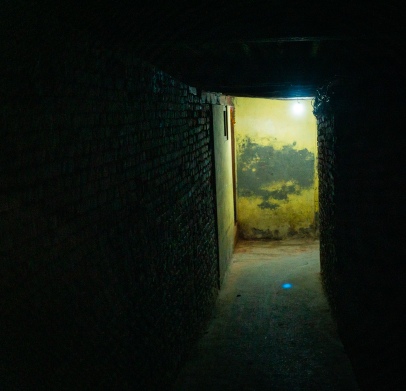 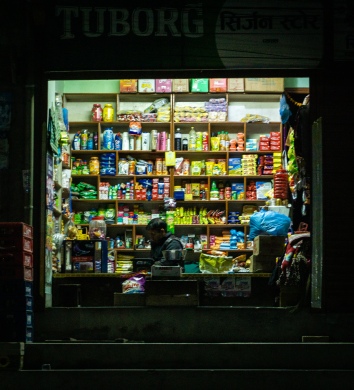 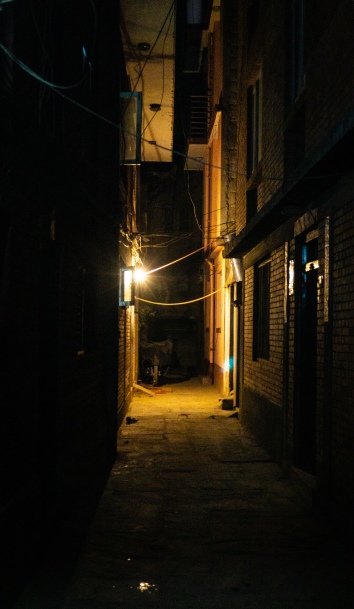 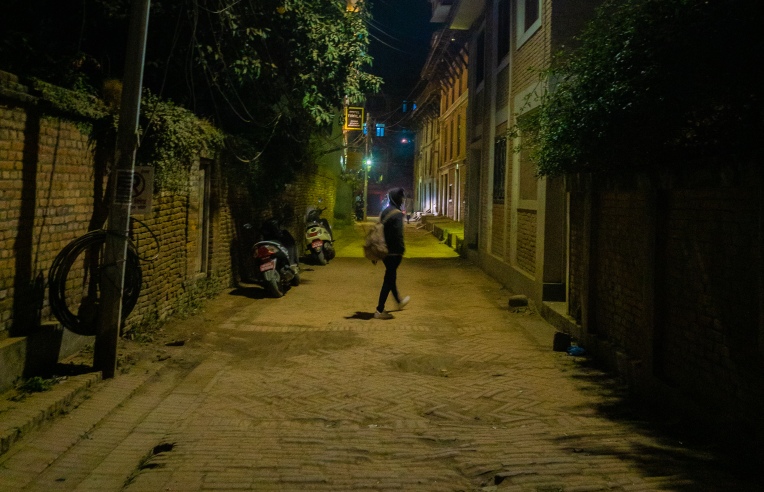 I eventually left. It was getting late and I still had to find my way back. I made my way through the dark streets, occasionally passing through bricktop soccer matches and past groups of young guys smoking hashish in the shadows. Many of the open-air temples sheltered Patan’s homeless, an unfortunately large demographic. As I got closer to the square, the time capsule melted away with the increasing business. Still, the feeling remained. It really didn’t end up taking that much time to find my way back, but it felt like I had been gone a long time.